DO IT: Birding & Wildlife

Take a photo safari of Georgia’s wildlife and birds

Georgia’s thousands of acres of forest land, open fields and coastal marshes mean birds and wildlife are in abundance.

Birding Trails
If you’re an avid bird watcher, set out for one of Georgia’s many birding trails: 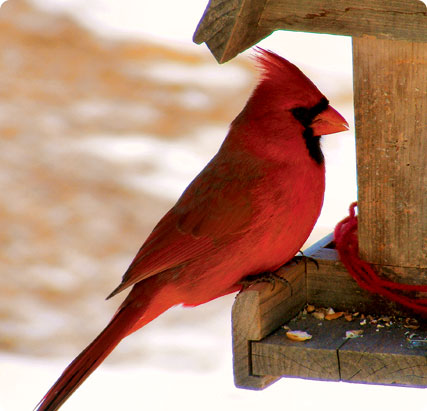 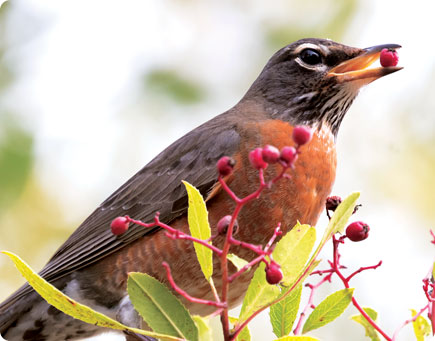 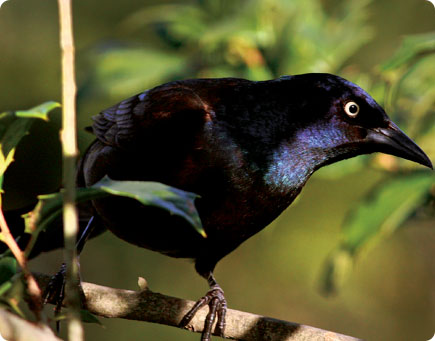 Hiking in the Georgia mountains, you may spot black bears, bobcats, foxes, coyotes, raccoons, and possums, among others. Along the coast, add feral pigs and alligators to the list. Take a photo of the elusive critters if you can, but don’t get too close. They are wild animals and can be quite dangerous. Never approach a young animal; it’s mother is likely to be close by and she may attack.

Georgia is heaven for bird watchers, with hundreds of species sighted regularly, both nesting and migrating, so get out the binoculars and start looking. The state has several national wildlife refuges that protect a variety of habitats, from woodlands to wetlands.

Additionally, if you’re an avid bird watcher, set out for one of Georgia’s many birding trails listed at left.

Other Georgia locations that offer great birding include Brasstown Bald, the state’s tallest mountain, where you’re likely to see ruffed grouse, common ravens, veery, Canada warblers, and rose-breasted grosbeaks. Burrell’s Ford near Clayton, Georgia is a breeding ground for a small number of red-breasted nuthatches which can be seen year-round.

And in Jonesboro, Georgia, just outside Atlanta, the E.L. Huie Land Application Facility and nearby wetland center is a great place to spot ducks and shorebirds around the ponds, and warblers and sparrows at the wetland center. Augusta’s Phinizy Swamp Nature Park offers fantastic birding year-round, with many guided bird walks offered. Summer birds to look for at Phinizy Swamp include common moorhens, purple gallinules, and least bitterns, while in the fall you may see great egrets and little blue herons.

So, what will you see in Georgia? Here is a list of the 10 most sighted birds in Georgia from the annual Great Backyard Bird Count, but there are hundreds more:

New Echota is one of the most significant Cherokee Indian sites in the nation and was where the tragic ‘Trail of Tears’ officially began. Visitors can see 12 original and reconstructed buildings. Nature trails leads visitors to New Town Creek and a small beaver pond.

At Wild Animal Safari, visitors can see, touch and feed hundreds of exotic animals, as well as ride through the park, observe, photograph, and even feed animals from their car.

Where getting back to nature is easy! Towns Bluff Park & Heritage Center’s RV Park and Campground is located on the Altamaha River and the Bullard Creek Wildlife Management Area near Hazlehurst, Georgia.

This park offers camping areas with shelters, and a beautiful nature trail that circles the park.

Fort Mountain State Park got its name from an ancient and mystical 855-foot-long rock wall atop the highest point of the mountain. Activities include hiking, swimming, camping, fishing, boating, cabin rentals, and mini-golf.

South of Savannah on the banks of the Ogeechee River, this scenic park showcases the best-preserved earthwork fortification of the Confederacy. The shaded campground is bordered by tidal Redbird Creek, a boat ramp, fishing dock and nature trail.

Located between Atlanta and Athens, visitors come to Fort Yargo for its wide variety of outdoor recreation and scenery. A 260-acre lake offers a large swimming beach, fishing and boat ramps.

Situated on the north end of Lake Sidney Lanier, the park offers outstanding recreation for water lovers. It is the first state park on this popular lake.

Explore Georgia’s Natural Wonder from this convenient entry to the Okefenokee Wildlife Refuge. Tour by boat, train, canoe, or on the boardwalks.

From kayaking to camping, Georgia State Parks offer dozens of ways to enjoy the great outdoors. Most activities are free or have a small fee, making it easy to plan an affordable vacation.

Spectacular scenery, hiking trails, and a variety of adventure activities such as zip lines, 3-D archery, climbing wall and more make this one of Georgia’s most popular state parks. The icing on the cake is the 729-foot Amicalola Falls, the tallest cascade in the Southeast

Rich history dating back to 1000 AD can be discovered at Etowah Indian Mounds. Explore 54 acres of Mississippian primitive culture including earthen mounds, a village site, and more.

At the base of Blood Mountain, Vogel is particularly popular during the fall when the Blue Ridge Mountains transform into a rolling blanket of red, yellow and gold leaves.

Near historic Savannah, trails wind through maritime forest and past salt marsh, leading to a boardwalk and observation tower. Watch for deer, fiddler crabs, raccoon, egrets and other wildlife.

This southwest Georgia park is on beautiful Lake Seminole, a 37,500-acre reservoir with excellent boating, fishing and birding. A sand swimming beach is provided.

This remote park is a primary entrance to the legendary Okefenokee Swamp. Paddlers and photographers will enjoy breathtaking scenery and abundant wildlife. Stargazers will appreciate the particularly dark sky.

Magnolia Springs State Park is known for its crystal clear springs flowing 7 million gallons per day. A boardwalk spans the cool water, allowing visitors to look for alligators, turtles and other wildlife. A 28-acre lake is available for fishing and boating.

One of the oldest state parks in the U.S., guests can enjoy wading in Sandy Creek or swimming in McIntosh Lake. A small museum, open seasonally, highlights Creek Indians, the resort era and CCC history.

This southeast Georgia park is a favorite for picnicking, family reunions and golf. Visitors can rent pedal boats and fishing boats during warmer months. Docks are available for anglers.

The perfect spot for enjoying the intracoastal waterway and maritime forest, campsites are surrounded by palmettos and Spanish moss-draped oaks, and a boat ramp is popular with anglers who often take to the water before sunrise.

One of the most scenic parks in the state, offering rugged geology and exceptional hiking, this park straddles a deep gorge cut into the mountain by Sitton Gulch Creek, and elevation differs from 800 to 1,980 feet.