Georgia is for the Birds

Birding trails & sites across the state invite you to watch for winged wonders.

Georgia is heaven for bird watchers, with hundreds of species sighted regularly, both nesting and migrating.

Birding Trails
If you’re an avid bird watcher, then set out for one of Georgia’s many birding trails: 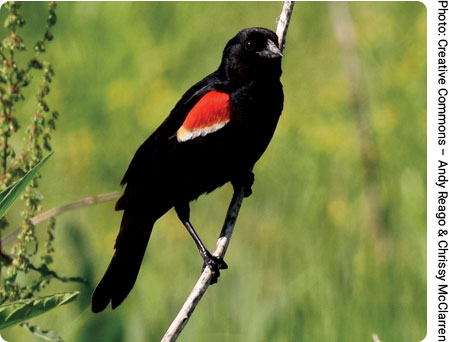 Red-wings sing their nasal songs seemingly in every marsh and wet field in the state. The red shoulder patches of the male, hidden under body feathers much of the time, are brilliantly displayed when he is singing. 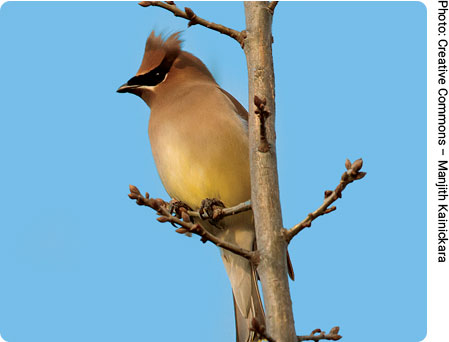 These sociable birds commonly winter in Georgia in any wooded or semi-open area where berries are abundant. Occasionally a line of waxwings perched on a branch will pass a berry back and forth, from bill to bill, until one of them swallows it 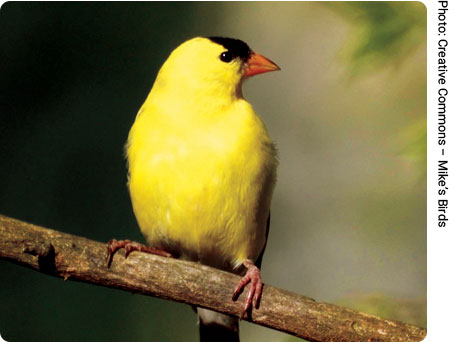 This frequent visitor to backyard bird feeders is found in Georgia in all seasons, but especially in winter. It prefers semi-open areas with open weedy ground and some trees and bushes for shelter, especially areas of second growth, streamsides, roadsides, woodland edges, orchards, and suburban areas 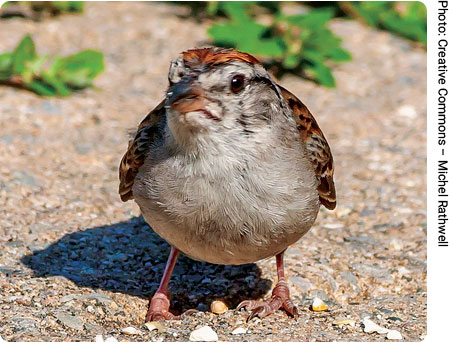 Originally a bird of open pine woods and edges, the chipping sparrow has adapted well to altered landscapes, now nesting in gardens and parks over much of the continent. Its tame behavior makes it well-known and popular with its gray body and brown or red cap. 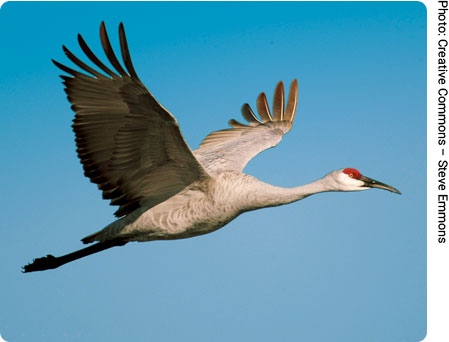 Southeast Georgia and northern Florida are the wintering grounds of these migratory birds that breed in the Great Lakes region and Canada. You’ll likely hear their bugle-like calls before you see a V-shaped flock of them flying overhead. The adults stand nearly four feet tall and have a wingspan that is six feet or more. 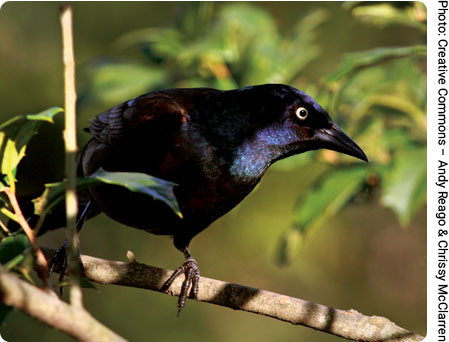 Common grackles are large, lanky blackbirds with long legs and tails, glossy purple or green heads, and bright golden eyes. They often gather in noisy groups high in the trees, and will eat corn, garbage, even the food off your plate at a picnic.

The robin's clear musical whistles are among the earliest bird songs heard at dawn in spring and summer. These red-breasted beauties are the ones you’ll likely see tugging earthworms out of the ground in your yard. 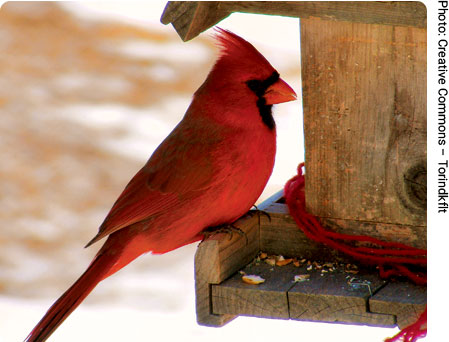 One of our most popular birds, the cardinal, also called a redbird, is the official state bird of no fewer than seven eastern states (but not Georgia; our state bird is the Brown Thrasher). Most people recognize this songbird from the bright red color of the male’s crest and head. Female coloring is more reddish olive. 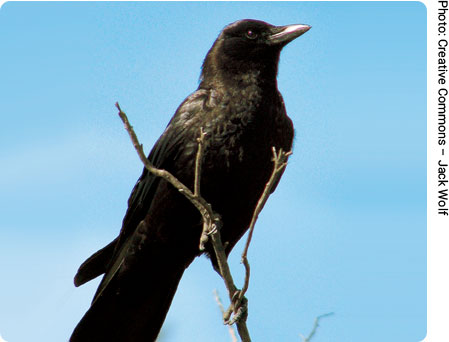 Thought to be among our most intelligent birds, the American crow has adapted to civilization. Their distinctive caw is a familiar sound. The American crow is all black, with iridescent feathers. They are smaller than the common raven, measuring between 16 and 20 inches, almost half of which is tail. 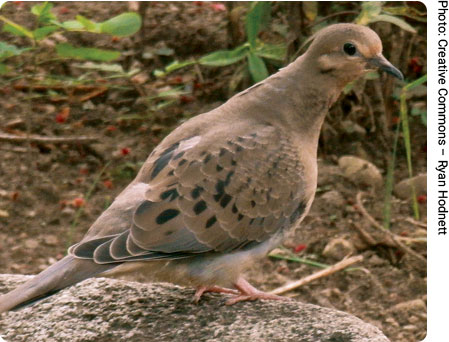 The light gray and brown mourning dove is one of the most abundant and widespread birds in North America. It is also the leading gamebird. The species is generally monogamous, with two squabs (young) per brood. Both parents incubate and care for the young. Mourning doves eat almost exclusively seeds 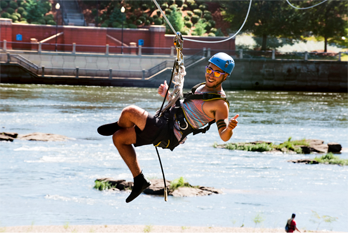 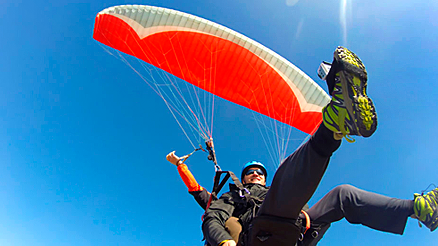 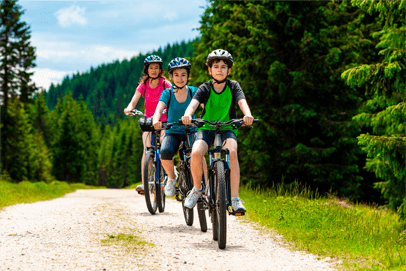 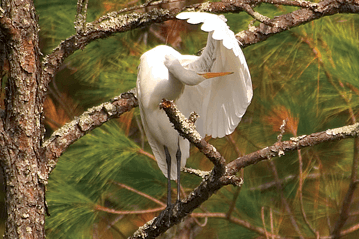 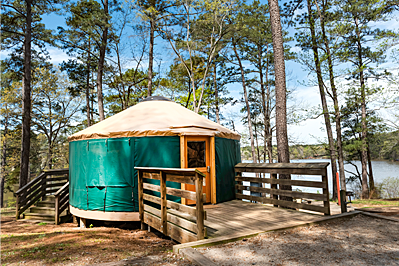 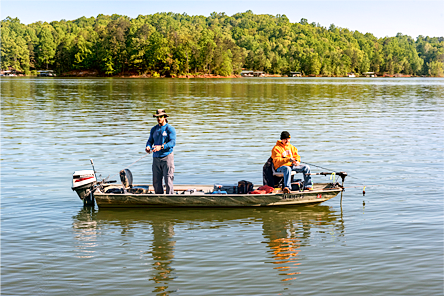 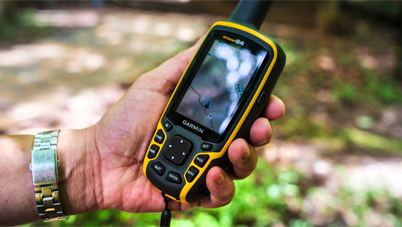 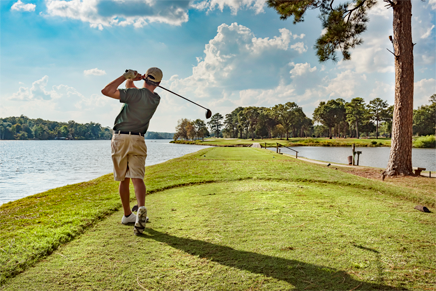 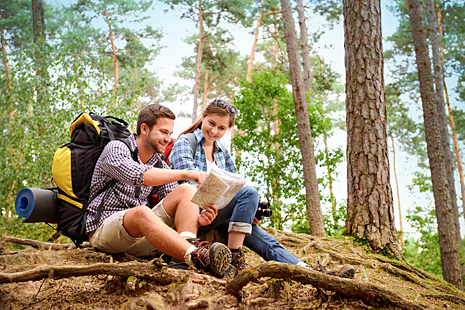 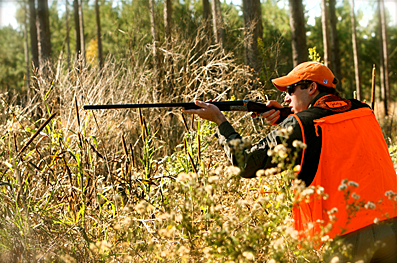 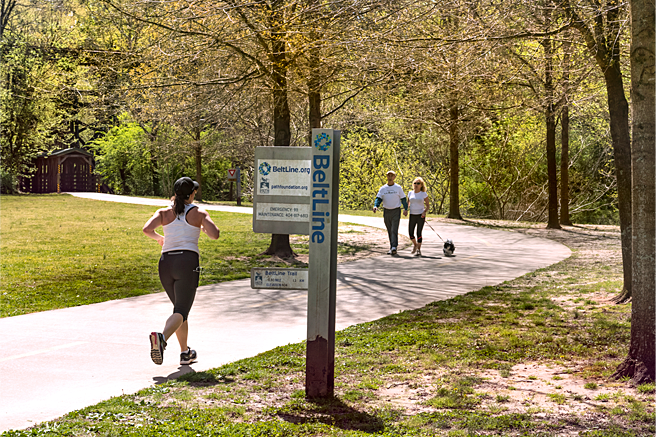 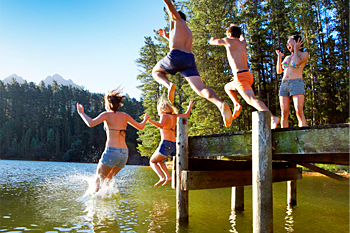